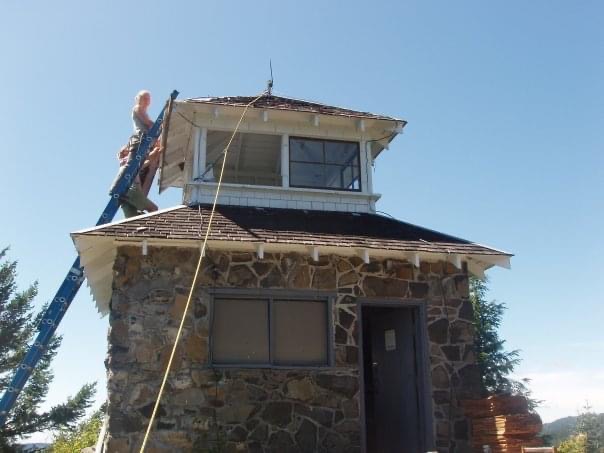 Amy Schultz, associate director of SHOW, has been with the program since 2013. In her current role, she says she sees herself primarily as a health survey research leader but tends to wear many hats as she supports all the work SHOW does and helps wherever she’s needed.

Amy had an interesting journey to her current role taking her from positions in trail restoration and forest conservation to a posting in Teach for America, but a common thread has been her ongoing passion for protecting the environment and understanding how humans’ interactions with the environment shape their lives. In undergrad, she studied geography and spatial mapping and followed jobs across the country to Oregon, Arkansas, and Pennsylvania.

“Where I was living in the Mississippi Delta, people would tell me not to drink the water because it was toxic and there were cancer clusters and everyone was getting cancer down here. They would tell me it was all the pesticides and they are spraying DEET like crazy down there ’cause, the mosquitoes are the size of birds. I didn’t know if environmental epidemiology was a thing, but I was like ‘I need to study this’. I felt like I needed to study all these environmental effects and why everyone is getting sick. I was working as a teacher, and students would come in with West Nile Virus, or Staph (Staphylococcus aureus) infections on their faces. Just about everyone seemed to have diabetes, or know someone who did. I knew people that were blind or had needed limbs to be amputated from it.”

This experience led Amy to start informing herself about environmental health factors and studying health trends through the lens of her spatial background. This work lead her to SHOW Director, Kristen Malecki, and SHOW, “Kristen’s name popped up and I saw she worked at SHOW, and SHOW sounded really cool because it wasn’t a specific research question, it was this infrastructure that could facilitate all sorts of research, and it seemed like such a novel infrastructure. I wanted to learn about it, and be part of it! And then I kind of just stayed here ’cause I liked the training and I think it’s really encompassing. And being from Illinois, I always thought I’d like to come back to the Midwest.” 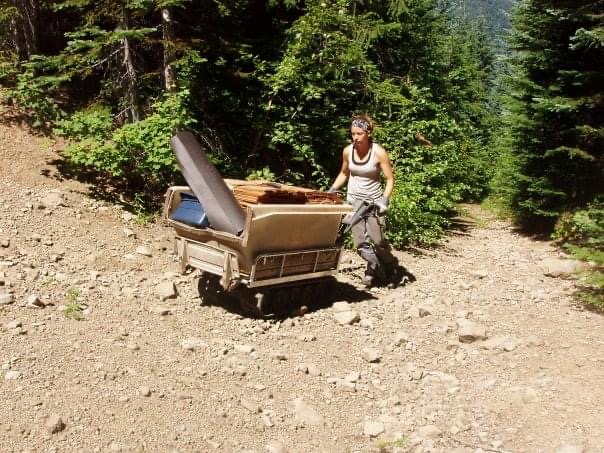 Then and Now, the Power of Ongoing Research Infrastructure

Amy began working with SHOW when she first came to the UW-Madison for her Master’s degree, she said it was really impactful to her that she was able to apply for a grant and lead a survey with private well-owners around Wisconsin, “I thought that was really cool because a lot of master’s students didn’t usually get a grant and the right and do their own survey. Usually, they just work with secondary data.” Six years later, Amy is overseeing a follow-up to that initial survey. Amy’s well study found that less than 10% of private well-owners tested their well, a critical public health measure, and many people said they weren’t sure where to find information, but were interested in learning more.

“So they were actually letting us know that they wanted more, and so we’re distributing resource sheets. We’ve worked with the WI Dept of Health and the Department of Natural Resources, as well as Local Health Departments to try to get them the information that they requested and wanted to know. So I think that’s a big outcome because it’s learning about our Wisconsin residents, and what they know, what they want, what they need, and we learned by asking them.”

Amy says the implications of this study and follow-up are multi-pronged, “we’ve learned that you can survey people and learn what they need, and maybe it doesn’t take a whole lot of effort to get them what they want. We’ve learned that it takes a lot of different players in the game to really come together because these resources did exist, you know, the health department already has resources. This is a targeted population approach, the follow-up is able to directly reach the people it’s supposed to, those who said they wanted more information.”

Looking forward to projects on the horizon, Amy is excited about “a big kind of fun research project” in the works with Noel Standon at the State Health Department and Allen Bateman at the State Lab of Hygiene. “The project is working with the State Health Department looking at PFAS, which is an umbrella term for thousands of chemicals with similar chemical structures that we are finding in groundwater in various locations in Wisconsin. We’ve already tested rivers and lakes and fish, but we don’t know exactly what it looks like in the human population. So we tested 600 serum (blood) samples in the SHOW biorepository and we’re trying to just figure out what we’re seeing, trying to understand who has high levels, why, and what that means for Wisconsinites.”

“What we’ve already seen with the SHOW sample is people that eat fish, especially fish from the Great Lakes regions, have higher levels of PFAS in their blood. So we’re finding that people that eat fish tend to have higher levels, but this also depends on where you live. It can get into your drinking water from contaminated waterways and wells. We are finding really high levels in soil and so that can get into your food grown in that soil, like produce, so we’re not quite sure how that’s all related and we are still figuring it out. There are a lot of different avenues of potential exposure, but ingesting it or getting it through water or food seems to be among the primary ways.

Because PFAS is such a newly discovered chemical group, and we haven’t studied it for a long time in humans, we’re not really sure what the potential health implications are. “Based on the chemical structure of PFAS, and how it’s similar to other chemicals that we have studied or that are known as potential carcinogens, we can make really strong hypotheses of how it might not be good for human health. From findings on contaminants that have similar chemical structures, we think PFAS may have an effect on reproductive health issues, cognitive function, diabetes, and high blood pressure, and there are potential associations with other chronic health outcomes and measures of health, but I don’t know if we have enough evidence to know that its causal, or what dose, or frequency of dose over time is needed to put someone at high risk of a health complication .”

Regardless of proven health outcomes, we have enough evidence to suggest that PFAS is something to be wary of based on how widespread it has become in the last few decades and the potential severity of some of the health outcomes.

This type of study looking back at previous time points in both data and blood/serum samples is one of the key benefits of a longitudinal research infrastructure like SHOW. The versatility of the SHOW program that initially drew Amy in is the same aspect of the work that keeps her hooked almost a decade later. 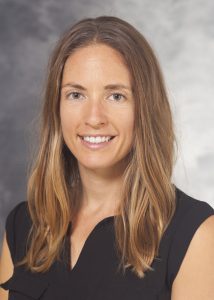 Learn more about Amy’s work with SHOW and her research interests on her staff page!

Interested in working with us on your own research project? Connect with Amy at aaschultz4@show.wisc.edu or use the button below to submit a consultation or data request!

Submit a Consultation or Data Request